High Valley Transit is the smartest way to get around the Wasatch Back completely fare FREE.
Book trips right from your phone and commute, run errands and more — all without needing a car. 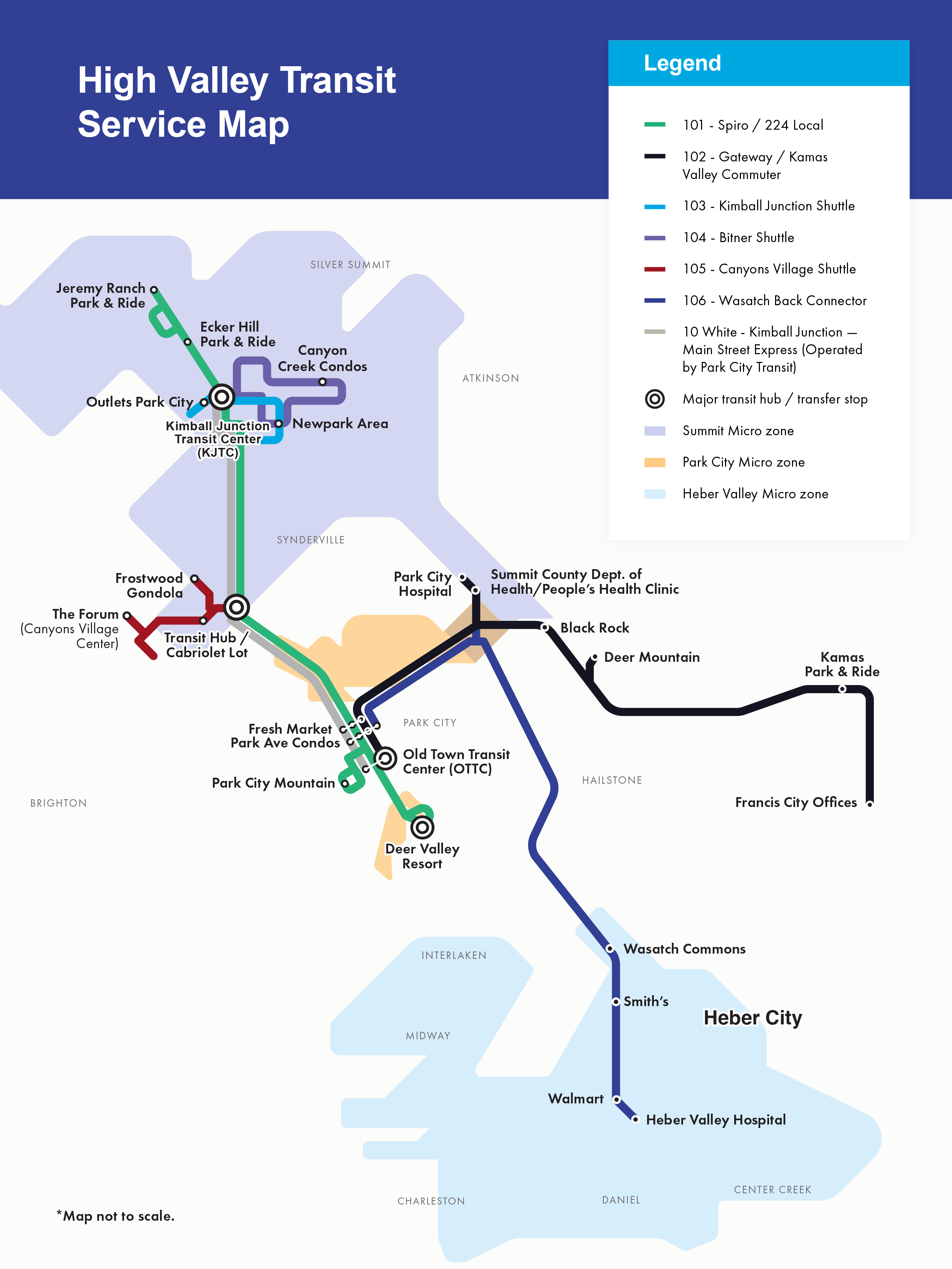 What is High Valley Transit?

HVT is fare-free public transit across the Wasatch Back. Services include:
● Micro, an on-demand transit service serving Kimball Junction and surrounding areas, plus new service in Park Meadows, Deer Valley's Royal Street and all of the Heber Valley
● The 101, a high-frequency route between Jeremy Ranch and Deer Valley
● The 102, a commuter route between Francis, Kamas, and Old Town Transit Center
● The 103, a shuttle within Kimball Junction
● The 104, a shuttle serving the Bitner neighborhood
● The 105, a shuttle serving Canyons Village
● The brand new 106, which goes between Heber City and Park City

● The new 107, which goes between Salt Lake City and Park City.

● The new 902, which goes between Salt Lake City and Park City.

Search "High Valley Transit" in the Apple Store or Google Play to download . If you don't have a smartphone, call (435) 246-1538 and we'll help you book a ride. Want to know where Micro operates? Click here.

Let us build your route

Once you book a ride, we will match you with nearby passengers and vehicles to create quick and efficient trips. Then, you will receive an ETA and be able to track your vehicle in the app.

Head to your "virtual bus stop"

The app will direct you to a "virtual bus stop", usually a nearby corner. We offer wheelchair-accessible vehicles and door-to-door service for those with limited mobility.

Enjoy your ride in our custom-branded minivans, equipped with racks for your skis, snowboard or bike, plus luggage space (1 bike & 1 piece of luggage per passenger).

HVT's Board of Trustees meets bi-monthly. Due to COVID-19, meetings are currently held via Zoom with an anchor location at the Sheldon Richins Building, 1885 W Ute Blvd., Park City, UT. Members of the public who do not wish to attend in-person are encouraged to participate virtually or submit their comments in writing to hi@highvalleytransit.org.

For other questions and concerns, please call

Our business hours are Monday-Friday, 8:30am-5pm.